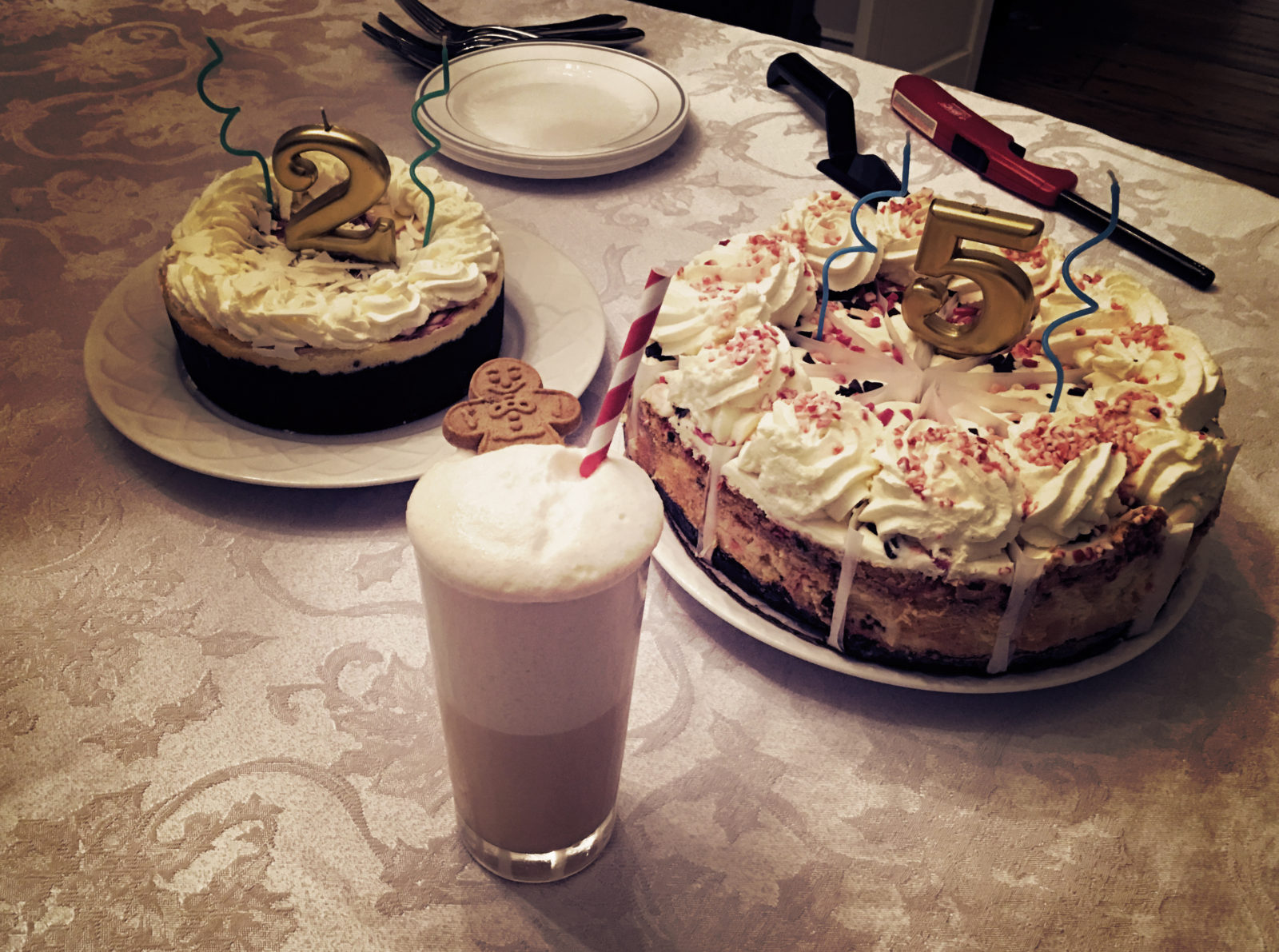 One of pressures of being a mad, amateur mixologist is that friends and family get used to it. When special events come up you are expected to come through, not just bartending, but with a new and interesting cocktail. Such was the case with a recent birthday party.

I knew that the celebrant really liked my version of a Ramos, or “New Orleans”, Gin Fizz. We featured it in one of the earliest episodes:

We were still figuring out what we were doing but that episode will always be near and dear to my heart for no other reason than YouTube’s initial rejection:

Yes, their automatic filters really thought that Trump’s face pasted onto ‘Norma Desmond’ was Carol Burnett! But I digress. My variation is intended to keep the ‘guilty pleasure’ aspect of the cocktail while being a little lighter. Tastes will vary, but it is a big hit around here.

Anyway, if I haven’t bored you to tears already, I was looking for a nice variation of the Ramos Fizz to surprise everyone at the party. As it happens, a Christmas gingerbread house fiasco revealed that my target is, in fact, a gingerbread junky. “Gingerbread Gin Fizz” sounded yummy but, knowing nothing about gingerbread (or baking in general!), I didn’t know where to start. So I searched the internet and found this delightful site: 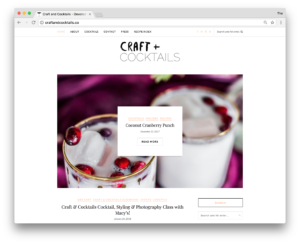 With an existing recipe from Ashley Rose Conway for, you guessed it, a Gingerbread Ramos Gin Fizz: 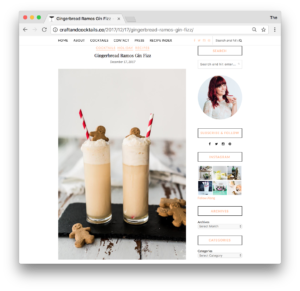 I’d strongly encourage you to click through, but if you are already bored out of your mind (or the link is broken), Ms. Conway’s recipe is here (click to enlarge): 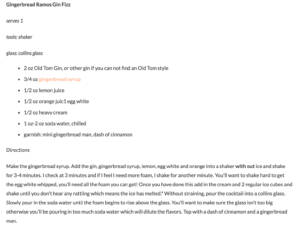 I initially followed this recipe exactly, substituting only Hayman’s Old Tom gin for the Anchor Old Tom gin pictured (I’ve heard good things about Anchor but it isn’t readily available here). I used Fever Tree Club Soda since the recipe did not specify. 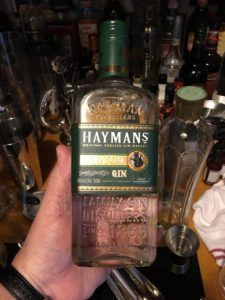 Let me just say, the directions alone were a blast! I had never heard of the ‘no strain’ method for making a gin fizz and was in geek heaven when Ms. Conway’s post sent me here. 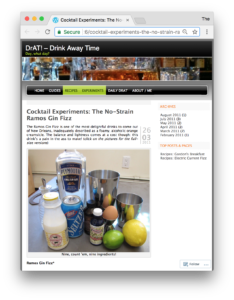 Of course I had to check out the math and rerun the experiments! 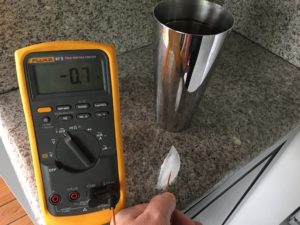 I can concur that the method works splendidly. My only disappointment was that a thermocouple was sufficient and I didn’t get to use the IR camera. 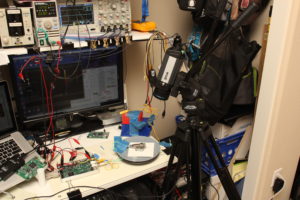 But enough science geek, how did it taste? I’d say “ok”. That’s not to say there is anything wrong with the recipe or the cocktail, it was good. But the gingerbread sensation was more muted than I expected and the drink seemed pretty sweet.

Having spent all my time probing ice cubes with a thermocouple I didn’t have a lot of time to try reworking to my ingredients and taste, so I made just a few tweaks:

These both brought the gingerbread sensation up, but also the sweetness. So for the last change:

I didn’t expect Hendrick’s to work. In fact, it was the last gin I tried. But it brought down the sweetness without overpowering the other flavors and the cocktail was a hit at the party. If I make this cocktail again I’ll spend more time experimenting with the syrup. Ms. Conway appears to be an accomplished baker and is likely getting more richness and depth than I did.

Last note, here is the drink photo as taken: 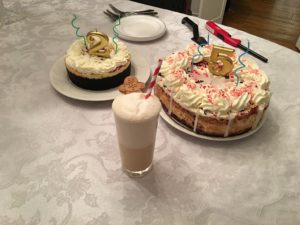 We weren’t trying to deceive, the drink is quite attractive, but we wanted to see if we could replicate the Instagram Mayfair Filter using Adobe Photoshop.